You are here: Home / Auctions & Deals / Foreclosures Account for 50% of Bay Area Homes Sales and as High as 68% in Some Counties

Northern California home sales have been difficult for the last six months and many of us are hoping for some signs of relief. Unfortunately, this is not to be found in last month’s statistics according to the latest DataQuick News. Here are highlights from the DQNews.com story:

La Jolla, CA.—-Bargain hunting dominated the Bay Area housing market last month as the purchase of foreclosure properties accounted for more than half of all resales for the first time. Sales patterns also reflected continued problems for buyers looking to finance purchases in the upper half of the market’s price range, a real estate information service reported.
A total of 6,889 new and resale houses and condos were sold in the nine- county region last month. That was up 19.7 percent from 5,756 in November, and up 36.0 percent from 5,065 for December 2007, according to MDA DataQuick.
While sales were well below the 8,807 average for all Decembers going back to 1988, they were no longer at the record low levels of late 2007 and the first half of 2008.
The median price paid for a Bay Area home was $330,000 in December. That was down 5.7 percent from $350,000 for the month before, and down 43.8 percent from $587,500 for December 2007. That was the lowest it has been since March 2000 when the median was $320,500, and 50.4% below the $665,000 peak of June/July 2007…..
Homes that were foreclosed on accounted for 50.0 percent of December’s resale activity, up from 46.8 percent in November, and up from 14.0 percent for December a year ago. Foreclosure resales ranged from 12.4 percent in San Francisco last month to 67.7 percent in Solano County.

And from the California Association of Realtors “Market Matters” newsletter, the bad news continues:

The number of California households receiving notices of default — the first step in the foreclosure process — rose 122 percent between November 2008 and December 2008, following a three-month decline, according to RealtyTrac.
Some real estate analysts believe a California law that required mortgage lenders to provide customers with 30 days notice, before filing a default, only postponed the foreclosure, but did not resolve the challenges associated with loan defaults.

I showed property yesterday, a 3 year old custom home which has been on the market for 548 days originally listed at $1,550,000,  now down to $975,000. This property has endured 3 failed sales due to the extremely slow response by the short sale lender and represents the frustration many of us are feeling during these times. Granted, there are some great buys out there, but until people see prices stabilize, it is hard to get many buyers to pull the trigger. My buyers who say this property were impressed at the value here and are talking it over. I will let you know how it goes. Hopefully, there will be better news for next month. 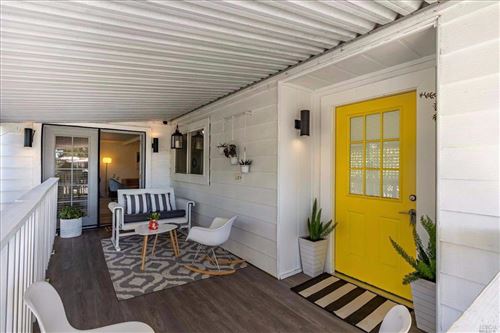